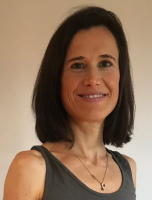 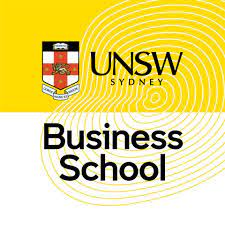 Gist: Research in neurofinance attempts to apply what we know at the neurobiological level to investor decision-making.

Gist: A well-known feature of brain function can lead people to initially underestimate the importance of regime shifts and macroeconomic shocks.

Biased Risk Perceptions: Evidence from the Laboratory and Financial Markets with Lionnel Pradier and Talis Putnins, Journal of Banking and Finance, 106685, 2022

Gist: This same brain function can also lead investors to be biased in their perception of volatility, and this perceptual bias distorts asset prices.

Gist: We construct a trading strategy that exploits the foregoing bias in investor perception.

Gist: We provide evidence that the psychophysics notion that “What we see is what we hear” extends to the visual perception of risk generally, and of financial risk (“volatility”) in particular: the buzz would help traders better ‘feel’ risk.

Gist: There appears to be important interindividual differences in the capacity to learn about “tail risk”—the risk of being hurt by rare disasters (the so-called ‘black swans’), and many people do not protect themselves adequately against this risk.

Gist: We document a novel kind of perceptual bias, entitled “risk after-effect”, which implies that traders that have been dealing with highly risky products tend to underestimate risk.

Gist: People can detect unexpected changes in their investment sets and adjust their investment plans accordingly, but they are dependent on the quantity and format of information disclosed about the statistics of their environment.

Gist: We provide evidence that the LC/NE system plays a key role in human adaptation to abrupt changes.

Do Not Bet On The Unknown Versus Try To Find Out More: Estimation Uncertainty And ”Unexpected Uncertainty” Both Modulate Exploration with Peter Bossaerts, Frontiers in Neuroscience 6:150, 2012

Gist: People’s desire to explore new possibilities in their world is modulated by their fear of the unknown.

Gist: At the neural level, Bayesian learning under regime shifts ought to involve the separate encoding of three kinds of uncertainty.

Uncertainty and spillover effects in repeated risk-taking: a neuroeconomic study, with Samuel Thelaus and Bernard Balleine